Open
Pretty in Pink, especially if it sparkles this mat

Open
Sparkling in the sunshine @equiprideltduk have a w

Open
Happy Birthday to @butlerstewart who are 5 years o

Open
Classic cheddar from @davidstow_cheddar is so vers

Open
We would have welcomed @davidstow_cheddar to the s

Open
There are Gluten free options from @supremesausage

Tune in to today’s livestream to watch the full interview with our Royal Vice Presidents.
At 1.00pm Virtual Windsor interview Their Royal Highnesses The Earl and Countess of Wessex. Here’s a short clip for you to enjoy in the meantime! ... See MoreSee Less

Will be waiting love you guys

Makes me want to be back in pony club. Can they do an adult version.

I have loved watching Virtual Windsor!! Fantastic!! Thank you for broadcasting this. Have enjoyed every minute! From 🇦🇺

What a fab set to win 👌 very well deserved

Be so lovely if future years can have virtual coverage. This has been wonderful. Especially for those of us who can't normally make it to the show.

Massive congratulations to all the team for pulling off a fabulous (virtual) RWHS 2020. Setting the standard for innovation and inclusion across the global equestrian community.

Nigel was amazing and such a brilliant judge! Such kind comments! We love Royal Windsor a horse show, have had the privilege to attend in 2017 and 2018.

Well done to everyone involved in putting the amazing event together. Hopefully in the future the virtual side will stay whether it just for people over seas. 🦄💕

Just watching the pageant from the Saturday evening, absolutely amazing 😁 have missed not volunteering this year but hope to back next year, great memories from 2019 ❤👍

So enjoying this virtual RWHS. Lovely to get a special message photograph from Linda Lawrence in class 18 yesterday for our homebred mare Izydora. Wishing Emma Taylor with Novato Salvattella all the best in the Championship Show today

Good luck to everyone in the showing championship x

Wow, Extreme Driving was exciting ! I was more nervous watching than back stepping in competition last year !

Back watching from Derbyshire. Brilliant. watching while mucking our 💕🦄

Congratulations to the winner and all the shortlist. Delighted to make the top 12. 😊

Great memiories 2019👏 Greetings from Naantali , Finland🇫🇮 Waiting for next year😍

The sound is amazing! , saw them at Malvern Three counties show ground.

Congratulations to winner! My favourite ❤

10.30pm here, waiting for the supreme show horse if I can stay awake 😊

Due to popular demand, the organizers of Virtual Windsor included a Heavy Horse section in this year’s show, and were not disappointed with the turnout, with 68 entries keeping the class size above that of Iberian, Polo Pony and Haflinger.

Guest Judge John Peacock was tasked with the judging of the class, and after careful deliberation awarded the title to Keith Session’s Rookhill Emporer. John said, “Those tremendous limbs he has and joints; the feet, the feather and its head carriage, I just felt it was the complete picture of what we were looking for. That is a good working stallion ready to go to work, with tremendous limbs, short back, well up in his quarters. He just jumped out at me – as soon as I saw it I thought he’s the one.” In a respectable second place was Nigel Murfitt’s Flight Hill Charlie, with Stacy Vaughan’s ridden entry on Catwg Black Velvet in third.

This class was generously supported by Warwickshire Clothing, who have provided an Octagon Soft Shell Jacket for the winner. ... See MoreSee Less

We were judged by one of the best. You should be very proud of your achievements. I look forward to meeting you and Toby sometime in the not too distant future.

Fantastic, lovely quality winner, I was thrilled to bem8th with my Suffolk as an amateur (but passionate Suffolk horse owner) so hoping he heavies return as it would be my dream to drive my girl down that approach to Windsor Castle a lifetime achievement that would be x but a fantastic class and experience for all this week, congratulations to the winners x

Please have a full heavy horse class at future Royal Windsor Horse Shows - they are very special and need conserving and honouring to promote their use in so many disciplines.

These horses are always something to admire .. xx well done xx

Maybe it’s time to welcome these gentle giants back to the Real Windsor Horse Show?

That is a true beauty ❤️

Among the thousands of people who’ve tuned into Virtual Windsor this week, there’s also been a smattering of royalty! 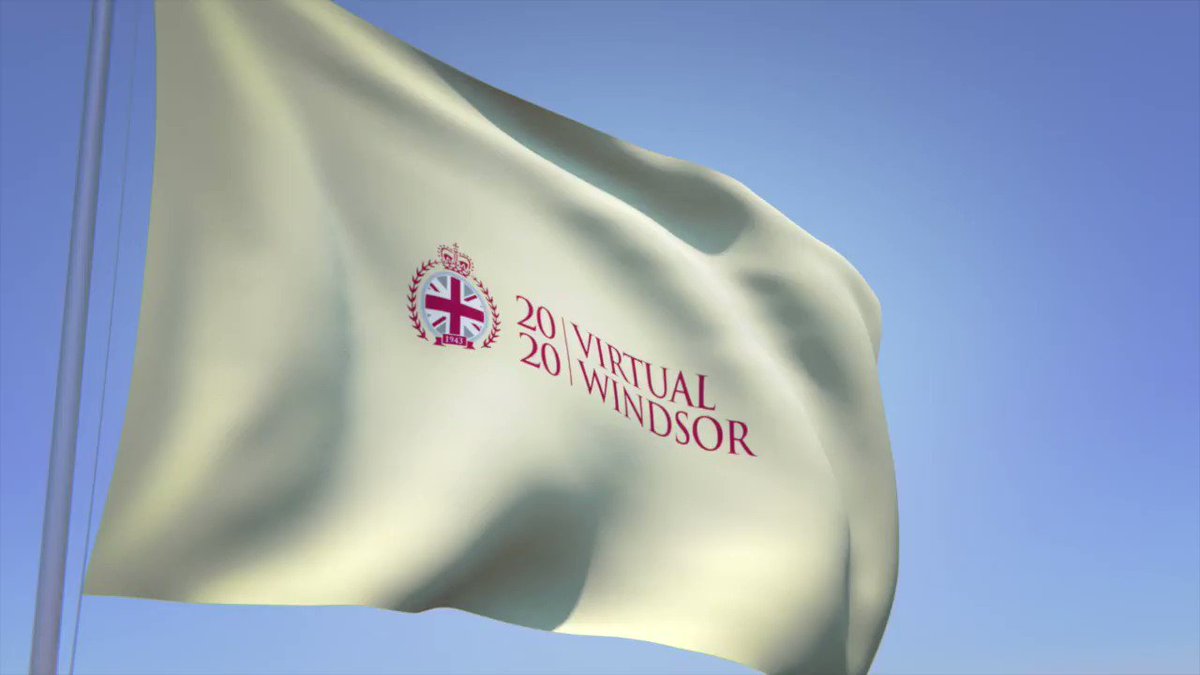 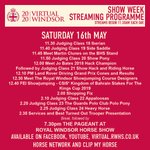 We can’t wait to watch the interview with our Royal Vice Presidents, Their Royal Highnesses The Earl and Countess of Wessex, on Virtual Windsor tomorrow afternoon. Here’s a short clip for you to enjoy in the meantime! @RoyalFamily #VirtualWindsor 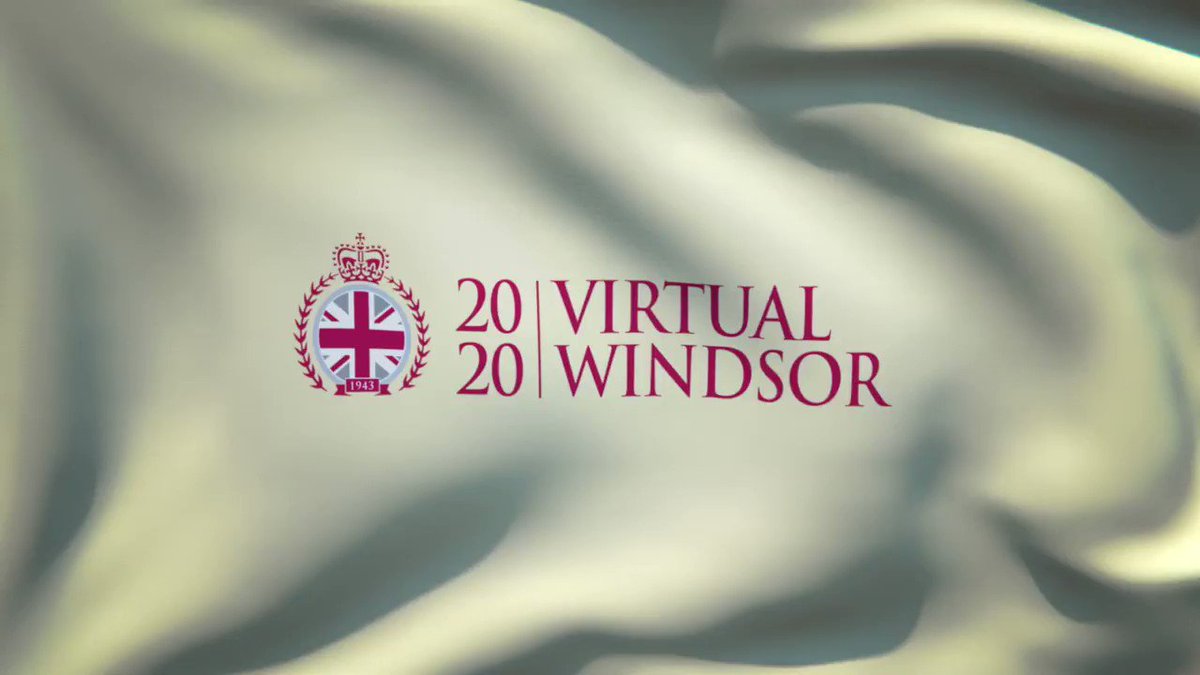 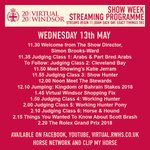 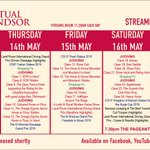 We use cookies to personalise content and ads, to provide social media features and to analyse our traffic. We also share information about your use of our site with our social media and analytics partners who may combine it with other information that you’ve provided to them or that they’ve collected from your use of their services.Let me in!